It’s only natural to be skeptical about psychics and whether or not their abilities are real, or just a scam. In fact, this skepticism is something I encourage you to have. Why? Because it’s true, there are a lot of scammers out there who don’t actually possess the abilities they claim to. Skepticism will prevent you from wasting your time and money with fraudsters, and steer you towards the real deal.

True psychics do exist (and I’m not just talking about Nostradamus). If you’re like me, then you appreciate some tangible evidence to make you a believer. This is why I decided to research a few events that psychics predicted and got right. 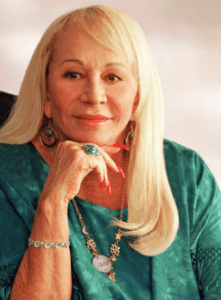 Sylvia Browne was an American psychic and best-selling author. In 2008 she published her book, End of Days, where she wrote the following prediction:

“In around 2020 a severe pneumonia-like illness will spread throughout the globe, attacking the lungs and bronchial tubes and resisting all known treatments. Almost more baffling than the illness itself will be the fact that it will suddenly vanish as quickly as it arrived, attack again ten years later, and then disappear completely.”

Now, we don’t know whether or not the coronavirus will suddenly disappear, or if it will strike again in 10 years, but the first part of her prediction came out to be eerily true. Sylvia didn’t live to see this prediction come to pass, as she died in 2013. But during her active years as a psychic reader, she frequently appeared on t.v. shows like Larry King Live and The Montel Williams Show 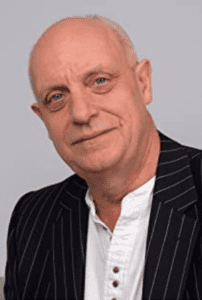 Back in 2019, international television psychic medium Craig Hamilton-Parker predicted that President Donald Trump would be impeached. Maybe you’re thinking, big deal. Not much of a prediction.

Except he also predicted that the impeachment effort wouldn’t be successful, and that it would actually “empower Trump” and that he would call the effort “a deep-state Coup d’etat”. And as we saw, that’s what happened. To date, the President has been acquitted by the U.S. Senate twice.

Before election day in 2020, many psychics were making predictions about what the outcome of the elections would be, with a huge number of them predicting Trump as the winner. But Pandrea Psychic Medium, David Zara, and Echo Bodine were not among them. Not only did they correctly predict that Biden would be the winner, but they also accurately predicted the circumstances and details around the event.

Pandrea psychic medium said, “I saw him in a vision with his hands up with red, white, and blue confetti falling all around him … I see president Trump and his party attempting to verify that this was a fair election, with special concentration on mail in ballots.” David Zara said, “I have seen a complicated and bitter hand off by Trump. He will not let go easily.”

If you’re ready to get your own psychic reading, Keen is highly recommended. Plus, you get the first 3 minutes for free.

Find a Reader on Keen 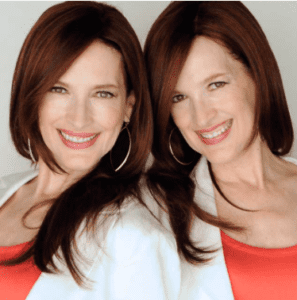 In a 1999 interview, twins Terry and Linda Jamison made the following prediction, “We are seeing terrorist attacks on the Federal Government, excuse me, federal buildings … Particularly South Carolina or Georgia, by July 2002 and also the New York Trade Center, the World Trade Center in 2002.”

While the attacks actually happened in 2001, the twins claim that they are the only psychics to have predicted the event. According to their website, they have made over 3,000 accurate psychic predictions, including the Boston Marathon bombings, and the Orlando Florida terror attacks. 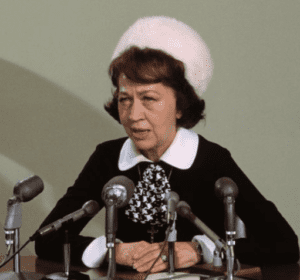 In 1956, well known psychic Jeane Dixon made the prediction that the upcoming election in 1960 would be “dominated by labor and won by a Democrat” who would then go on to”be assassinated, or die, in office, though not necessarily in his first term”.

After making this eerily accurate prediction, Jeane went on to advise 3 presidents: FDR, Nixon, and Reagan. Some other events that she reportedly predicted included the Munich Massacre at the Olympic games of 1972, and the Exxon Valdez oil spill of 1989. 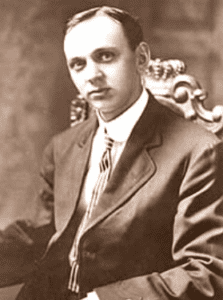 Edgar Cayce was an American psychic whose predictions led him to be known as “The Sleeping Prophet”. It is said that he correctly predicted the crash of the stock market twice— once in 1925, and then again six months before the event happened in March of 1929.

This prediction isn’t the only one he is known for. He is also said to have predicted the events of World War II, saying that there would be an “unprecedented alliance” between Germany, Austria, and Japan. Cayce made over 14,000 predictions in his lifetime, many of which had to do with diagnosing people. He would enter a trance-like, meditative state, and then would accurately diagnose people’s health issues and predict how they could be cured. Cayce’s biographer even wrote, “There are hundreds of people throughout the United States who will testify, at the drop of a hat, to the accuracy of his diagnoses and the efficacy of his suggestions for treatment.”

While there are many real psychics out there with the incredible ability to predict the future, that doesn’t mean that these gifted individuals are always correct in their predictions. In fact, fortune telling is a tricky business, and there are infinite variables in the universe that affect an event’s outcome. Change even one, and the prediction may not come to pass.

If you spend some time looking into any of the psychics on this list, you’ll surely come across a number of predictions they made that never came true. Let’s face it— psychics can’t possibly be right 100% of the time. So what’s the difference between a psychic that can actually predict the future, and a person who’s just making guesses in the hopes that something will come true?

3 Quick Ways to Spot a Real Psychic From a Fake

To get the most accurate psychic reading from a true professional, start on reputable sites like Keen – they even have a 100% satisfaction guarantee and give you the first 3 minutes for free.

Predicting the future is far from an exact science. Even psychics whose abilities have been proven in the past can make wrong predictions. But the difference between the real psychics and the frauds is that when a prediction does come true, it isn’t because of dumb luck. Ready to find a psychic? Here are our top 10 most recommended psychic reading sites.

Psychics vs Mediums: Is There Really a Difference (2021)

First 3 Minutes Free
offer will end in:
00 Days
:
09 Hours
:
13 Minutes
:
01 Seconds
Get Started No Thanks
New! Special offers
Check out the latest coupons from the leading Psychic experts!