Diane Goldner is an internationally known healer and medical intuitive. She helps people overcome everything from illness to trauma to life challenges; even healing an Olympic Athlete injured on the eve of the games. Diane is the author of three books on healing, How People Heal, Awakening to the Light and Yes, You Can Heal. Bestselling author Allison DuBois, the inspiration for the hit TV show, Medium, calls Diane “a world class healer.”

Could you tell us a bit about your journey into energy healing and what inspired you to pursue this professionally?

I used to be an investigative journalist. A friend set me up on a blind date with a psychiatrist. The date didn’t bloom into a romance, but the good doctor showed me a book on healing. I was transfixed. Part of me thought- wow this is the kind of thing we would use to commit someone. That’s where I was in those days. And part of me thought- if this is real, it’s amazing. So I had to find out. I got a magazine assignment to investigate healing. That led to my first book, How People Heal.

I spent five years talking to the top teachers of healing, their students, and scientists. I came to understand healing both from the spiritual aspect and the scientific. In the beginning, every time a healer told me how they did something, I’d think, that can’t be. I’d try it, just to test; it always worked.

The first healer I went to told me that my destiny was to be a healer. I didn’t think I could ever do what she did.

But I was doing healings, learning, I thought it was all to write a smarter book. But when the book was published, and I talked about my book and healing, people wanted to have healings with me. I went on job interviews for magazine editor positions, and the hiring editor would turn it into a healing session for her. Finally, I had to accept my destiny. I’m so grateful that I did. For me there’s a lot of joy in helping people release their suffering and limitations, and being with someone in a beautiful heart space. 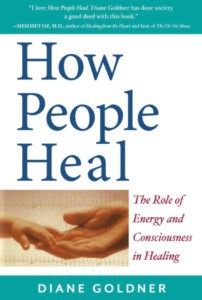 What healing modalities are you in to?

I’m into holding the highest light. It’s really about letting a person come into that light, that flow. Then the pain and constrictions release. I work from my light body, which is a more expanded, causal domain than just the chakras. I’ve been deeply influenced by Vedic and Kabbalistic teachings, and also have some shamanic influences. I teach energy healing now, too.

How does energy healing work and what are the key benefits?

This is a vast topic. We sometimes develop illnesses or challenges in life because we have shut down some aspect of our energy flow and/or we have a limited perspective. Healings bring about more flow and illumination. It reconnects us to our full energy, to our power and conscious awareness. That changes everything. Not just the body but all aspects of a person’s life. The energy can change the thoughts, emotions, even the biochemistry. It can bring a profound sense of comfort, peace, balance and alignment.

For instance, I worked with a man who had lost the hearing in one ear due to a benign tumor. His friend sent him to me when doctors saw a shadow on the medical scans in his other ear. When I did the healing, I saw that his father had always yelled at him as a child, and he had intentionally (but unconsciously) shut down his hearing. I released his need not to hear .. and the shadow lifted. His work life got better too, because there was less yelling.

In another case, a woman came to me because her hands were atrophying. When I asked her when the problem began, a light went on in her mind. She had watched her husband crash in a skydiving accident. He survived but took many months to recover. When I ran energy into her hands, I saw that she just couldn’t handle the possibility of his death. It sounds so obvious and simplistic, doesn’t it? But it is and it isn’t. I was guided to tell her she could turn to her inner self or a spiritual master and receive all the support and guidance she needed. Her hands improved after that one session.

Once I was visiting friends and a mom was dropping off a group of kids. Somehow, the automatic van door closed on this little boy’s finger. He was howling in pain. While everyone else debated whether to take him to the hospital or call his mom first, I sat with him and ran energy into his finger. After a few minutes everyone calmed down including the boy. After about 20 minutes, he asked if he could go out and play. If you start a healing right after a traumatic injury it can reduce the severity. I always wish there was a healer in every ambulance and emergency room.

What are some of the more common aspects people approach you with and how can energy healing be beneficial?

People come to me with all kinds of different issues. I’ve helped people with chronic illnesses such as migraines and irritable bowel syndrome, physical and emotional trauma, and worked with people dealing with cancer, and done many healings for mystery problems that western medicine can’t help or can’t cure. But I also help people with empowerment issues, speaking up, having good boundaries, finding their highest path, just about anything where a person wants to move into a higher flow, experience more ease and grace, resolve pain or a life challenge. I’ve done healings on financial and business issues. It’s all energy.

I share a lot of case studies in my latest book, Yes, You Can Heal, to show how healing works. 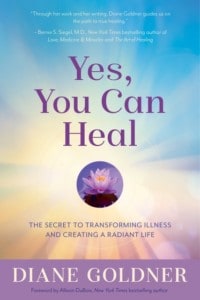 You also offer Fertility Healing. Could you tell us a bit more about how this works and what a typical session would entail?

I love to help women and couples get pregnant. Sometimes there’s a block that needs to be removed for that to happen.

For instance, a young woman came to me awhile ago. She was in her 20s and had unexplained infertility. She and her husband had been trying to have a child for 2 years. In talking a bit, it sounded like her husband had anxieties about becoming a father. When I laid hands on her I saw that her husband’s issues were causing the block. I sent light to him to reassure him and help him let go of his anxieties and resistance. They were pregnant within the month.

Another time, a single woman came to me. She was using donor sperm. In the first session I saw that she was using the wrong sperm donor. She was adamant however. She had 7 or 8 in utero inseminations, but never got pregnant. She wouldn’t hear a word about the donor. Then she got a letter from the sperm bank that the donor has the breast cancer gene. I didn’t feel that was why he wasn’t her donor- but the letter moved her forward. She changed donors, was told she needed a minor procedure, and after she did that she got pregnant immediately.

Other times it’s about releasing regret around a prior abortion, or some kind of anxiety a woman might have about becoming a mother, or just adding light to the womb and ovaries.

Being an Energy Healer and having to consistently heal and help others, how do you conserve and protect your own energy?

I meditate every day. If I don’t meditate I don’t feel right. The same way some people don’t feel right if they haven’t showered. Meditating clears my psyche. I also do a lot of prayer and Vedic mantras. I am always focusing on light, and clearing my own energy. I look at every challenge in my life is an opportunity for transformation. It doesn’t always feel, in the moment, that it’s for my benefit. But eventually I pass the test. In life, its good to remember there’s always grace, no matter what.

Chené Murphy
Chené Murphy
Chené Murphy is a spiritual enthusiast with a passion for natural wellness and fascinated by the mysteries of this world. Residing in the cosmopolitan city of Cape Town, South Africa, her interests include being active in the outdoors and spending quality time with friends and family.

How to Form a Psychic Connection with Your Pet in 2021

Psychic Encounters vs Kasamba: Find a Psychic in a Hurry

Find Your Place in the World With Heather Roan Robbins