The listings featured on this site are from companies from which this site receives compensation. Read the Advertising Disclosure for more information
Home https://www.mysticmag.com/zodiac-signs/capricorn-scorpio/ Capricorn - Scorpio
MysticMag contains reviews that were written by our experts and follow the strict reviewing standards, including ethical standards, that we have adopted. Such standards require that each review will be based on an independent, honest and professional examination of the reviewer. That being said, we may earn a commission when a user completes an action using our links, which will however not affect the review but might affect the rankings. The latter are determined on the basis of customer satisfaction of previous sales and compensation received. We do not rank our recommended psychic reading websites on their host psychic practitioner's ability to predict the future.
Advertising Disclosure

Scorpio
&
Capricorn
Find out how compatible Scorpio and Capricorn are in love, communication, career, and life.
Get Deeper Readings With a Trusted Psychic️

Scorpio and Capricorn have similar traits and personalities, which is why when these two ambitious signs come together in a relationship, they often stay together for the long haul. Their relationship success is influenced by their ability to respect each other’s differences and choices. Because, even in a romantic relationship, the Scorpio-Capricorn couple has an uncanny ability to retain and maintain their individuality.

The Scorpio-Capricorn lovers have a relationship that is built on trust, loyalty, and commitment to each other’s growth and dreams. Trust in particular being the major reason why a relationship between these two independent signs will stand the test of time.

However, they will have to work harder than most zodiac couples at the start of their relationship to get to this point.

Fortunately, they can both commit to a task, and when they come together and decide that building a strong relationship is a priority, nothing will stand in their way.

Capricorns are very direct in how they communicate their thoughts; they leave nothing to the imagination and struggle to consider how the other party feels. As a result, Capricorn can come across as insensitive to their emotional Scorpio partner, but in fairness to Capricorn, they are only trying to be honest.

Scorpio, however, is very mysterious and more subtle in their approach to everything, including how they communicate. They will rather speak in parables or drop hints for their Capricorn partner, often remaining guarded until they are comfortable.

In the end, this pair will find a way to make it work once trust is established and Scorpio lets their guard down. Scorpio is a big softie underneath it all, sensitive enough to listen when Capricorn speaks. Capricorn is mature enough to recognize that no one is perfect and that they need to accept Scorpio’s differences and flaws.

Conversations between Scorpio and Capricorn, the two knowledge-seeking signs, are light and interesting. Both lovebirds excel at conversation and will value each other’s ability to hold deep and insightful discussions.

Scorpio and Capricorn’s chemistry begins the moment they see each other. Scorpio finds Capricorn’s confident and determined personality very attractive. They also love that Capricorn knows what they want in a relationship.

Scorpio will be the dominant partner in this pairing. Capricorn will take the passive approach until they fully understand their Scorpio partner. They won’t mind Scorpio taking the lead though, because, to Capricorn, this approach in itself gives them a sort of power to draw in and gain the trust of Scorpio, who can be very guarded in the early stages of a relationship.

It can be an emotional dance between these two at first and things may be awkward until they both settle into the relationship, at which point they will both become very expressive and affectionate.

Get Deeper Readings With a Trusted Psychic

Earth Empath
(9.8)
Based on User Reviews

Bathsheba
(9.5)
Based on User Reviews

Elizabeth of the Light
(9.8)
Based on User Reviews

Despite their independence, Capricorn values commitment in a relationship. While other signs may be content with undefined moments, Capricorn will demand a straightforward approach from their Scorpio partner. Call them traditional, but they appreciate a few dates and a reasonable amount of time to settle in before making things official. Anything that deviates from the defined and conventional standard will make Capricorn uncomfortable, and they may decide to end the relationship before it even begins.

Scorpios are the more passionate sign in this relationship, even if they don’t appear to be so at first. They value intimacy and take it seriously, and because they do not trust people easily, Capricorn’s ability to stay committed and their boldness to ask for a defined relationship will be appreciated.

Scorpios will value how intelligent Capricorns can be in their approach to and resolution of practical problems. Another characteristic that will pique Scorpio’s interest in their Capricorn partner is their honesty; this is one of the reasons why it is easy for them to open up to Capricorn.

The Scorpio-Capricorn lovers will be very driven in the pursuit of their goals as a couple. These two are as tenacious as they come. However, the motivation behind their drive is what distinguishes them as individuals. Scorpio’s drive for success is primarily motivated by the value they place on power and control; they always want to be in a position to make decisions, which should come as no surprise given how intense they can be. Capricorn, on the other hand, is motivated by a desire for status and security.

Capricorns are introverts who enjoy hobbies that they can do from the comfort of their own homes. They are practical and are frequently involved in the creation of useful items. Capricorns are likely to enjoy painting, gardening, and other artistic endeavors as hobbies. They generally avoid going to places that are noisy, loud, or crowded.

Scorpios are just as introverted as their Capricorn partner. They are generally shy and avoid hobbies that require large groups of people. They are likely to be interested in topics such as occult sciences, meditation, philosophy, religion, and yoga.

While their interests don’t necessarily match, the Scorpio-Capricorn lovers are both avid travelers who will take many trips together. They also have similar tastes in movies, music, and other forms of entertainment. 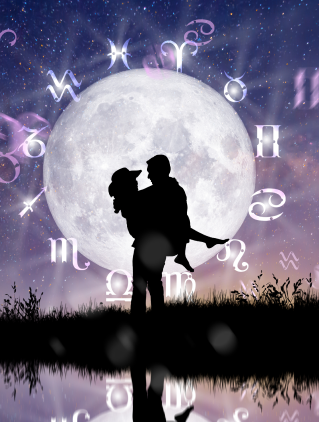 Discover the full potential of Scorpio and Capricorn with a trusted psychic today!
Get $10 FREE + 5% cashback
Claim Discount
New! Special offers
Check out the latest coupons from the leading Psychic experts!